Ruchama Johnston-Bloom who writes about modern Jewish thought and Orientalism shared her thoughts on why Bride and Groom should win the 2019 Best Translated Books Prize: "Readers (Americans in particular) would do well to acknowledge what the novel beautifully illustrates: that there are many different Islams, each infused with local particularities, and that it is often impossible to tell truth from heresy, self from other/God, spiritual guide from charlatan".

Bride and Groom [Why This Book Should Win]


Check in daily for new Why This Book Should Win posts covering all thirty-five titles longlisted for the 2019 Best Translated Book Awards.

Ruchama Johnston-Bloom, who writes about modern Jewish thought and Orientalism. She has a PhD in the History of Judaism from the University of Chicago and is the Associate Director of Academic Affairs at the London center of CAPA: The Global Education Network. 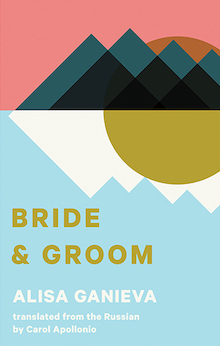 Bride and Groom by Alisa Ganieva, translated from the Russian by Carol Apollonio (Russia, Deep Vellum)

At the beginning of Alisa Ganieva’s Bride and Groom, translated by Carol Apollonio, a group of young people ask an old man for directions to a dacha somewhere on the outskirts of Moscow and end up buying homemade wine from him, after he gives them the following directions: “Go straight down this path, then turn left when you get to the turnstile, before the fence turn again, this time to the right? Got it?” A young man in the group then repeats the salient details of the directions: “Straight, left, right.” After which, “an old net bag appeared out of nowhere, and the man extracted from it a large bottle with a homemade label showing the letter X, the rest indecipherable.” Patya, the bride of Bride and Groom, also among the group, is Dagestani, and so her Moscow friends, with whom she is looking for the dacha (in order to attend a party) assume she will not drink the wine: “She doesn’t drink. That’s how it is in her country . . . Islam. Right, Patya?” Patya does in fact drink, but does not bother correcting her friends, nor does she bother correcting the ludicrous stereotypes some of the people she encounters at the party have regarding people from her region (which they also often misidentify). The party plays out in a surreal fashion, including a séance and an encounter between Patya and Rinat, a sexually menacing figure, who tells Patya of a strange dream he has had, which he interpreted to mean she would attend the party. When Patya refers to someone else at the party as “full of himself,” Rinat asks, “Might Yuri have simply drunk some wine and come to know truth … Unlike us, he doesn’t try to distinguish himself from God.” Rinat then references a poet who declared “I am God!” and whose students, thinking he was possessed by Satan, tried to stab him, but ended up stabbing themselves. Although Patya is scared of Rinat, and thinks he is crazy, at the end of the chapter, when Patya is trying to get outside and the people holding the séance think she is a spirit and will not open the door, Rinat helps her escape, and Patya gives him her hand, stating: “He would not let me stumble.” 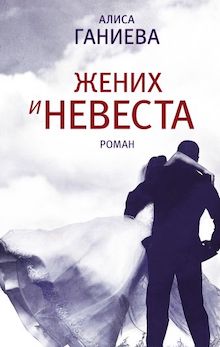 This first chapter, suffused with Sufism, vignettes capturing the erasures endured by Russia’s Islamic minorities and complicated gender dynamics touching on selfhood and agency, is a masterful beginning to an intriguing novel. The old man (a Sufi guide, the first of several in the book), who sells Patya and her friends wine, gives directions that imply many different paths—the turnstile, the fence, “turn again”—therefore underscoring the right path, the ṭarīḳa, the Sufi path to God. The wine itself is both another Sufi marker, esoterically pointing the reader toward the tradition of “intoxicated Sufism,” as well as a device to mark the distance between Patya’s true self and how people perceive her. (Wine will also return at the end of the novel, bringing the drunkenness full circle.) The Sufi poet mentioned by Rinat, who loses his individuality in God and therefore comes close to (achieves?) heresy, serves as a foil for Patya, who struggles to preserve her individuality in the face of family and cultural expectations, but also longs to lose it, when she meets Marat, her Groom.

The exoteric plot of the novel follows Patya and Marat, both of whom return to their hometown in Dagestan from Moscow, under pressure from their respective families to marry. Marat’s parents have already booked the reception hall—he just needs to find a bride. Patya’s family has set her up with a succession of potential suitors, but she has rejected them all. When they finally meet, it feels inevitable that they will fall in love, but their families do not approve. Their hometown meanwhile is embroiled in politics and intrigue, hinging on the presence of Salafism and political corruption. Eventually, their marriage is given the go-ahead, but the murder of an old friend of Marat’s, who has declared himself an agnostic, changes the course of events, and the love story dissolves, the esoteric Sufi text coming to the fore. Throughout the novel, a shadowy figure, the local big shot, both mafia boss and Sufi sh̲ayk̲h̲, presides in the background—proof positive that the “functioning system” that Patya declares the people want is nowhere to be seen. 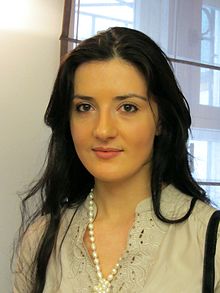 The story is told through chapters that alternate between Patya and Marat. Patya’s chapters are first person, Marat’s chapters third person. The first time the narrative leaps from first to third person (the beginning of the second chapter) is somewhat disorienting, but the pattern soon becomes clear. This choice of voice(s) plays a significant role in how effective the novel is, as it deepens the exploration of gender and selfhood. Marat, as the man, holds much of the power in the relationship, and reading about him in the third person makes him somewhat opaque—like Patya, we wonder about him, and perhaps cannot see him as clearly as we see Patya. The chapters focused on Patya, in contrast, bring us much closer to her, as she traverses familial expectations and her own desires. I am not sure if this dismantles or reinforces the power imbalance, but it invites the reader to think about love within the confines of gender.

Bride and Groom uses a love story to explore the possibilities of selfhood for a young Dagestani woman, to develop an extended Sufi meditation, and to engage with the complex political and cultural realities of contemporary Dagestan. Readers (Americans in particular) would do well to acknowledge what the novel beautifully illustrates: that there are many different Islams, each infused with local particularities, and that it is often impossible to tell truth from heresy, self from other/God, spiritual guide from charlatan.
Tags: alisa ganieva, bride and groom, carol apollonio, ruchama johnston-bloom, why this book should win